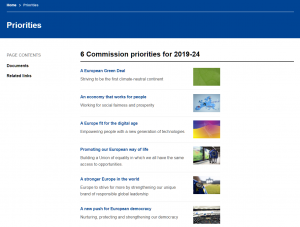 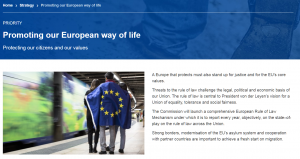 In particular, the Commission recognises that migration and border security are common challenges that are best addressed jointly by EU Member States and it has proposed a number of measures to reform migration management and border protection across the EU.

Thanks to the swift/resolute intervention by the EU, arrivals to Europe have steadily decreased since 2015 and hundreds of thousands lives have been saved.

Protecting borders with the European Border and Coast Guard

The new European Border and Coast Guard will have a force of 10,000 border guards with its own equipment to respond to emergencies quickly.

Safe and legal pathways: A new boost for resettlement

The Commission is dedicated to resettlement. Since 2015, over 65,000 of the most vulnerable refugees have found shelter in the EU.

The Commission has proposed a series of reforms to make the management of migration more effective, fair and robust, leaving no room to abuse the system.

Particular Policies on Migration and Asylum

a. Legal migration and Integration 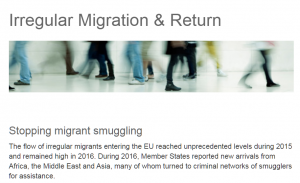 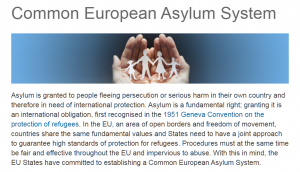 In addition, each of these main categories of the European Commission’s migration and asylum policy includes three categories of legal documents: