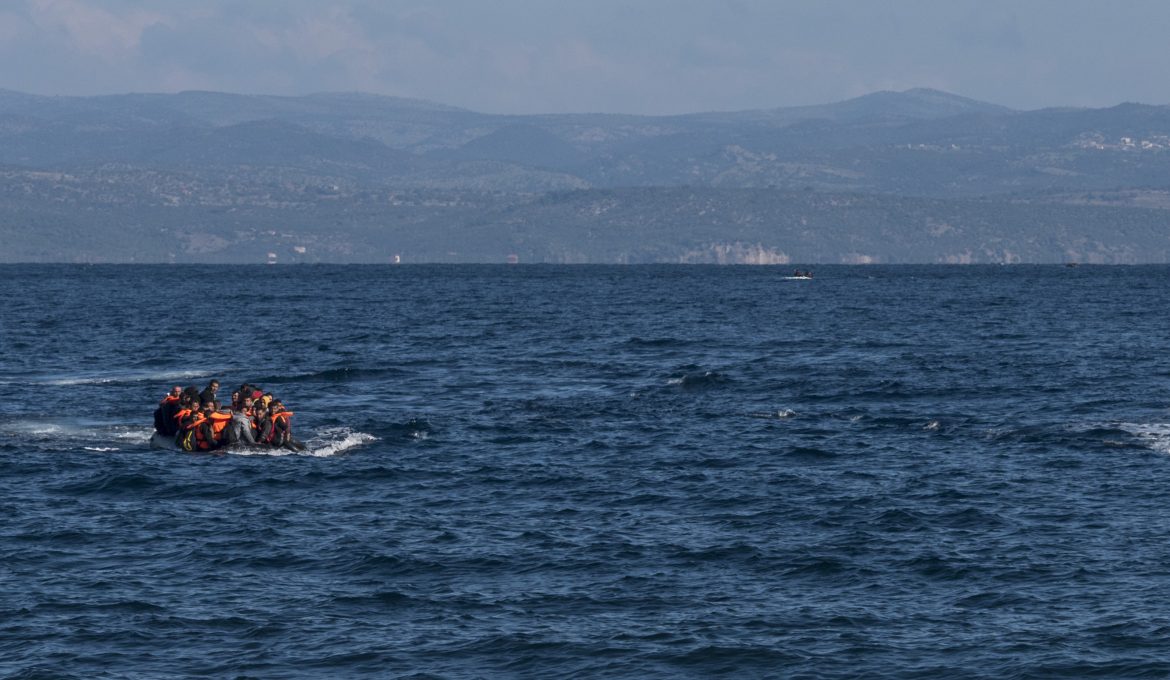 1. Generally speaking, people leave their homeland due to reasons that force them to depart and/or due to reasons that attract them to a new place. Population movements from countries of the Middle East, Central Asia and North Africa during the last decades are primarily linked to reasons that force people to leave their countries (wars, authoritarian regimes, political interventions, famine, environmental disasters). It is not the West that ‘invites’ them in; rather it is the dangers in their countries that force them to move. In other words, the ‘push factors’ are more important than the ‘pull factors’ in the recent migration and refugee movements.

2. Limiting people’s uprooting from their countries requires international cooperation. In the instance that this might not be achieved, host societies have two options: they may put emphasis on the integration of newcomers or they may attempt to prevent their settlement. Although in some cases both policies do coexist, usually it is one which prevails. The first option is by definition ineffective: people desperate for survival are neither discouraged by measures attempting to restrict their migration nor by deteriorating conditions that some government apply in host societies. We should always keep in mind that refugee movements emerge simply because people have no alternative but to leave their homeland. Let us recall the fugitives crossing the Berlin Wall despite the deadly military deterrence measures. Deterrence measures create professional networks of traffickers that trivialise human life and result in tens of thousands of deaths, mainly at sea. Since the strengthening of ‘Fortress Europe’ policies, that is the experience we are witnessing at the Mediterranean. In addition, deterrence measures, attempting to limit the arrival of migrants and refugees at host societies, filter out those who eventually cross the border by excluding the most vulnerable ones (e.g. families). Furthermore, deterrence measures are by definition ineffective because they are subjected to international power balances. This is most evident in the present Greek – Turkish context. Finally, deterrence policies have not led to any reduction of migration flows anywhere in the world. The only exemption are cases where the crossing of borders was prevented by the extensive use of brutal military force executing mass murders. In all other cases, deterrence policies are ineffective because, as deterrence measures increase, so does the movement of migrants and refugees. People fearing that there will be ever-increasing strictness in deterrence measures, accelerate their decision to move. The ‘spiral’ of deterrence – further increase of flows – further deterrence – further increase of flows, is an endless one.

3. Since July 2019 Greece imposes deterrence policies to prevent the arrival of migrants and refugees. These policies have been critized both by the EU and the UNHCR for not adhering to standards accepted by European and international conventions. For example, since the first of March 2020 Greece has not been accepting any applications for asylum. As a result of these policies, tens of thousands of refugees and migrants have been ‘trapped’ in the Aegean islands and the movement of vulnerable groups to the mainland of Greece has been delayed. The Greek government is reluctant to build new reception centers on the mainland; on the contrary, the government’s intention has been to build centers with controlled access both on the islands. In particular, it has canceled the construction of a large open-access reception center in central Greece, which had been almost completed, and violently evacuated refugees and migrants from squatters in Athens. In addition, the government has changed the way according to which the Social Security Registration Number is being granted, in order to prevent migrants and refugees from having access to the Greek NHS. Lastly, the government has delayed the education of refugee minors. While these are happening in Greece, the Turkish government facilitates the movement of refugees and migrants towards EU, through Greece, to serve its own geopolitical strategy. These facts have caused great concern, since the beginning of July 2019, to refugees or internal displaced populations living in Turkey, Syria and Afghanistan. They were led to conclude that the Greek government would continuously increase deterrence policies and turn border crossings evermore dangerous and expensive. The consequences are already visible: on June 30th 2019, a few days before the Greek parliamentary elections, the refugee camp of Moria had 5,628 asylum seekers. On September 20th its population had exceeded at 9,000 and by February 2020 its population reached 20,000 people. Deterrence policies have served as a catalyst, reinforcing all the factors that encouraged people’s decision to move to Greece.

4. Conservative Greek political forces in favor of deterrence policies insist on changes in the legal framework preventing newcomers from being recognized as refugees or/and legal migrants. Asylum seekers and migrants are regarded as a threat to national security and the conventional social order. In that spirit, the Greek PM Konstantinos Mitsotakis recently described migration as ‘one of the biggest threats’ for the country. The Ministries of Foreign Affairs and Defense perceive migrants and refugees as an issue ‘of national security’. This tendency creates a framework for the progressive decline of democracy and the rise of nationalism even in countries not hosting refugees (e.g. Hungary). On the contrary, Greek political forces in favor of integration policies (SYRIZA, KKE) support legal provisions that characterize most people in transit as refugees and raise the issue of their social inclusion.

5. In Greece, the choice of social inclusion capitalises upon the cultural logic of pre-modern ‘hospitality’ and the historical trauma of refugee movements caused by the 1922 Greek – Turkish exchange of populations. Given that many present day Greeks are the offspring of the 1922 refugees, refugee identity is not by definition related to negative connotations. As paradoxical as it sounds, the social inclusion of present day migrants and refugees in Greece serves the nation-building process more than deterrence policies. On the contrary, the choice of deterrence policies builds upon a biological approach of national identity reinforcing racist attitudes.

6. Looking at the issue from a purely demographic point of view, arrivals in Europe in recent years do not constitute a ‘refugee and / or migrant crisis’. As of 1st of January 2018, only 4.4% (22.3 million people) of the total EU population (512.4 million) were third country nationals. Among them were Canadians, Japanese, Swish, Australian and US citizens. Let us not forget that because of the very low birth rates in EU societies, there is a continuous need for new populations in order to maintain the required work force and the sustainability of the social security system. In addition, as migrants and refugees gradually adopt the European birth rate standards and birth fewer children, the need for new population flows remains constant.

7. In addition to the above mentioned dimensions of the issue, we should also take into account the financial one. As long as emphasis is being placed on preventing the arrival of refugees and migrants, huge funds are required for the ‘protective measures’ (e.g. building walls on the border, new military equipment). These funds are paid to countries with sophisticated defense industries able to produce such equipment. Greece does not belong to these countries. As a result, deterrence policies transfer funds from domestic economy to foreign markets. In contrast, over the past four years, social inclusion policies have benefited Greek economy. The arrival of migrants and refuges increased the GDP because of the influx of foreign funding aiming to facilitate the needs of newcomers. The two main EU Funds providing resources for refugees, the Asylum, Migration and Integration Fund and the Homeland Security Fund provided € 816.4mil. for refugee assistance in Greece from 2015 to date. An additional € 613.5 mil. came from the EU National Level Assistance Program. This funding increased employment (e.g. staff in reception centres, NGOs, international organizations, etc.), increased consumption (e.g. vouchers provided to refugees use for their everyday needs) and increased the demand for accommodation. Moreover, as the relevant literature illustrates, migrants and refugees do not ‘take the jobs of the locals’ but rather create new jobs and undertake jobs not attractive to locals.

8. The majority of people in transit currently living in Greece are seeking to reach other EU countries. Some do so either through family reunification procedures or through traffickers. Others return to their country of origin following voluntary repatriation projects. More than 17,500 persons returned from Greece to their countries during 2015 – 2019. For those staying in Greece, the only viable prospect is to offer them social integration. The migrants and refugees who live in Greece are a heterogeneous population. As long as we keep them in a limbo social status we reinforce their social exclusion, we force them into unemployment and we create enclosed migrant and refugee communities.

9. Continued policies of deterrence will result in violence, pain, widespread social exclusion, anger and rage, especially among the second generation of migrants and refugees. The consequences of such policies are well known: violence produces further violence. Re-inforcing the social integration of migrants requires: (i) constant pressure on the EU to comply with the proportional allocation of asylum seekers and refugees, in all EU member-states (ii) limiting the number of reception centers (‘camps’) and expanding the residence infrastructures for refugees within urban areas, (iii) focusing on children’s education to reduce school dropout, (iv) encouraging professional and linguistic lifelong training of adults, (v) accelerating family reunification procedures, (vi) simplifying procedures regarding the granting of citizenship to third—country nationals permanently living in Greece, (vii) improving procedures regarding residence and work permits to migrants and refugees; (viii) enhancing the ‘voice’ of migrants through formal and informal communication channels and (ix) strengthening migration policies by taking into account the result of relevant academic research.

10. Refugee and migrants are not ‘a problem per se’. They become a problem only if host societies treat them as such. There is no refugee crisis, there is a crisis of reception of refugees and migrants due to choices that limit their social integration. This crisis is not only threatening the displaced populations. It is primarily a threat to European citizens because of the decline of democratic values and principles. The majority of those who react to the arrivals of refugees and migrants are not racists. They lack information and it is up to us to offer a clear understanding of the situation.

*The views and opinions expressed in this brief are those of the author.