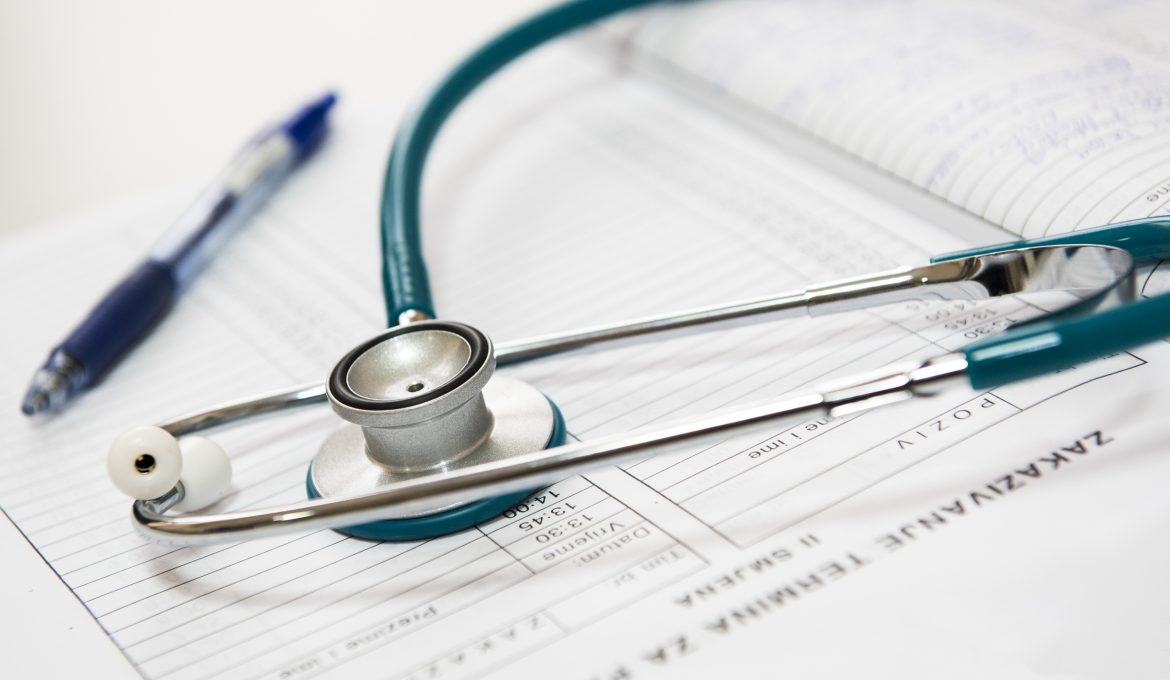 This policy brief on Health and Refugees was written before Covid-19 entered our lives en masse. Therefore it does not dwell on this pandemic outbreak that actually accentuates, and brings to their unbearable limits, the concerns raised. “The overcrowded and horrific living conditions in the camps – or  hotspots – on the Greek islands provide the perfect storm for a COVID-19 outbreak”, warned Médecins Sans Frontières (MSF) in their press release on March 12, 2020. The policy brief, beyond attempting to suggest some core recommendations, provides an insight into how structural changes in the provision of healthcare relate to the (re-)delegation of responsibilities between various care-giving actors: the state, international organisations, civil society organisations, and ultimately refugees and migrants themselves. In these difficult times, we encourage discussion on the possibilities of responsibility, yet also trust, in the contexts of (health)care provision and care-giving practices, particularly those for the ‘vulnerable’, in our case refugees and migrants.

By approaching responsibility as an assemblage of ethical and social engagements, we could observe processes of making claims about responsibility as they are enmeshed in a variety of relationships of care and co-operation. With the process of the diminishing of the state’s involvement in welfare provision, due to ongoing austerity measures in Greece, and the increased outsourcing to provision by the private sector and civil society, entangled negotiations of who is responsible for care and when, how and under which circumstances, proliferate. Further, how can refugees, treated as a mass, be expected to be ‘individually’ responsible? How is ‘individual responsibility’ constructed, supported and exercised today in the camps on the mainland, not to mention the hotspots on the islands and the Evros territory? If we are afraid, what are ‘they’?

Such a discussion would reveal the intricacies of everyday life, allowing us to look at how state and people use simultaneously opposing notions of responsibility, depending on the context and power relations at play, without feeling conflicted. Responsibilization is commonly defined as the redelegation of responsibility from the state onto individuals to govern themselves, and to govern their own access to healthcare, a process used up to now for citizens, even if ‘vulnerable’, such as Roma and the elderly. However, responsibility becomes understood in diverse ways and is not characteristic of one form of governance. The interdependence between forms of governance and various ideas about personal, collective, and institutional responsibility directly affects particular mechanisms of subject formation and the emergence of novel ways of being somebody entitled (or not) to ‘human’ and ‘asylum rights’; all very pertinent in the Covid-19 outbreak.

Policy Brief on Refugees’ and Migrants’ Health in Greece[1]

Migration is traditionally associated with the loss of cultural capital, social networks and professional identities which have to be re-established in a new place, causing feelings of disconnectedness and loneliness, and physical distress. Against the tendency to individualise and depoliticize suffering and distress associated with migration; for a comprehensive psychosocial reflection into migration and health, migration needs to be understood as a collective phenomenon and a constitutive force of our contemporary world.

Given the fact that the physical and mental health is the most important prerequisite for the proper development of one’s personality and enhancing one’s well-being, and taking into account the trauma a person may experience during the journey, it is evident that the host country’s health system should be able to respond effectively.

It is important to think about migration and health as both the experiences that disconnect from others and can serve as a source for solidarity and social change; to explore migration and mental health as an issue of social inequality; to investigate notions about ‘the responsible patient’ and how/whether they change as people move; as well as to unpack ‘moral panics’ and ‘new’ diseases associated with human movement.

The global and European context

The right of everyone to enjoy the highest attainable standard of physical and mental health is established in the World Health Organisation (WHO) Constitution of 1948, while international human rights conventions protect the rights of migrants and refugees, including their right to health. Nevertheless, many refugees and migrants often lack access to health services and adequate financial protection. Lack of universal health coverage can lead to excessive costs for refugees and migrants, many of whom pay out of pocket for health services. Further, the recent large-scale population movement has posed epidemiological and health system challenges, to which public health and health systems must adjust. This is also illustrated by the fact that in May 2019, the Health Assembly discussed the Draft Global Action Plan, 2019-2023 “Promoting the health of refugees and migrants” 1.

Most migrants and refugees are healthy upon arrival in the European Union (EU), but they may be affected by conditions and factors before or during their transition that can affect their physical and mental health. The deficient Agenda on Migration2 still sets out the European response. In June 2016, the European Commission adopted an Action Plan3 on better integrating third country nationals migrants that includes also several proposals for the health sector, while in July of the same year it approved proposals to reform the common European asylum system4 including measures that aim at improving the health care of migrants and refugees.

The intention of the EU is:

Despite the efforts made by the EU and measures put in place to tackle the issues provoked by the so-called “refugee crisis” do not adequately address the changing health needs of the refugee/migrant population. According to WHO5, the policies and strategies implemented failed to keep pace with the speed and diversity of contemporary migration and displacement conditions. Often efforts are fragmented and scrappy, operating alongside national health systems. One such example is the case of Greece.

The Greek Constitution protects the right of access to the health system as one of the fundamental human rights, as it relates to human existence itself. Migration flows and the situation created following the EU – Turkey agreement, have resulted in a growing number of refugees and migrants staying in the country.

The Greek National Health Service (NHS) had to face multiple challenges as the management of the situation requires sufficient financial and human resources that are lacking, due to the economic recession experienced by the country since 2009, affecting the overall public health sector. As Dunja Mijatovic, the current Council of Europe Commissioner for Human Rights, pointed out after her visit to Greece in 2018: “The public health sector, which has been severely affected by successive austerity measures, is under extreme pressure and lacks the capacity to cover all the needs for health care services, be it of the local population or of migrants”6.

Consequently, the health facilities were reluctant to serve the newcomer population. Meanwhile, the NHS was also called upon to deal with traumatic experiences, as well as cultural and linguistic differences. Overcrowded reception centers and refugee camps have high health requirements and have been associated with severe illnesses. This highlights the importance of having guidelines concerning medical screening, provision of health care and well-managed transition to hospital facilities. Non-governmental organisations contribute to this, striving to provide adequate support, especially in relation to refugee and migrant children, in the frequent cases of inadequate access to NHS services.

After 2015 the first health programmes were launched with the use of European financial instruments, starting with the Philos programme by KEELPNO (and now NHS). These programmes were initially implemented at Reception and Identification Centres (RIC) at the islands and then at the mainland, with very limited results.

In many cases, the situation remains severe and in many cases non-manageable. In the islands of the eastern Aegean, access to health facilities remains particularly limited due to lack of staff. At the RIC in Samos, there was only one doctor throughout 2018. As the doctor resigned during February 2019, health needs were only covered by the island’s public hospital7. As noted by the UNHCR, “across the islands and on some camps in the mainland the low number of staff under the Ministry of Health, in particular doctors and cultural mediators, is not sufficient to help refugees with medical and psychosocial needs. The limited public mental health institutions in Greece are a particular concern”8.

The lack of staff coupled with overcrowding (at the end of 2019 more than 42,000 asylum seekers resided at the RICs in the Greek Islands, although the facilities had a maximum capacity of 6,178 persons9) and poor living conditions at the RICs (living in tents, inadequate access to water, poor sanitation, and hygiene) expose people to respiratory, skin and gastrointestinal infections, as well as to environmental hazards10. Organisations such as Doctors Without Borders have repeatedly warned about the deteriorating health (especially mental) health of asylum seekers due to restrictive conditions.

Until recently, Law 4368/2016 which provides free access to public health services and pharmaceutical treatment for vulnerable persons without social insurance11, applied for asylum seekers and members of their families. However, in July 2019, the Greek Government suspended the issuance of Social Security Number (ΑΜΚΑ) for asylum seekers and undocumented migrants, thus blocking free access to healthcare services and pharmaceutical treatment. In addition, post-traumatic stress disorder is no longer considered as one of the vulnerability categories examined during the asylum process, while detention measures have been extended.

The serious situation resulting from the disruption of AMKA (especially for people with chronic and serious illnesses) was addressed after six months with the establishment of the Provisional Security Number (PAAYPA), which is granted to all asylum seekers by the Asylum Service upon registration of the application for international protection. If the asylum application is rejected, PAAYPA will automatically deactivate, while in case of acceptance of the application it will be switched to AMKA.

The gaps in the healthcare system and provided services risk the transformation of a medical or mental health condition that under normal circumstances would be manageable, to a severe and dangerous one for the patient, with long term or even life-threatening consequences 12. It is, therefore, necessary a coordinated and well-organised effort to be undertaken.

A refugee and migrant friendly health system requires the provision of quality and affordable medical coverage services. It is also necessary that social security would be provided to all refugees and migrants, regardless of their legal status, while the system should be transformed into culturally and linguistically ‘sensitive’ so that communication barriers are manageable. At the same time, health professionals should have the appropriate experience and equipment, and it is necessary to improve data collection regarding refugees’ and migrants’ health status.

Specifically, regarding refugees and migrants living in urban areas and camps around the Greek territory, it is considered necessary that the following should be done:

1. Informing refugees and migrants on the following issues:

3. Understanding of medical procedures by the patients:

5. Racist and discriminatory treatment of patients:

To achieve all the aforementioned a concrete and well-organised action is required. Some of the actions to be accomplished are the following:

[1] This policy brief was written before the outbreak of COVID-19 in Greece.